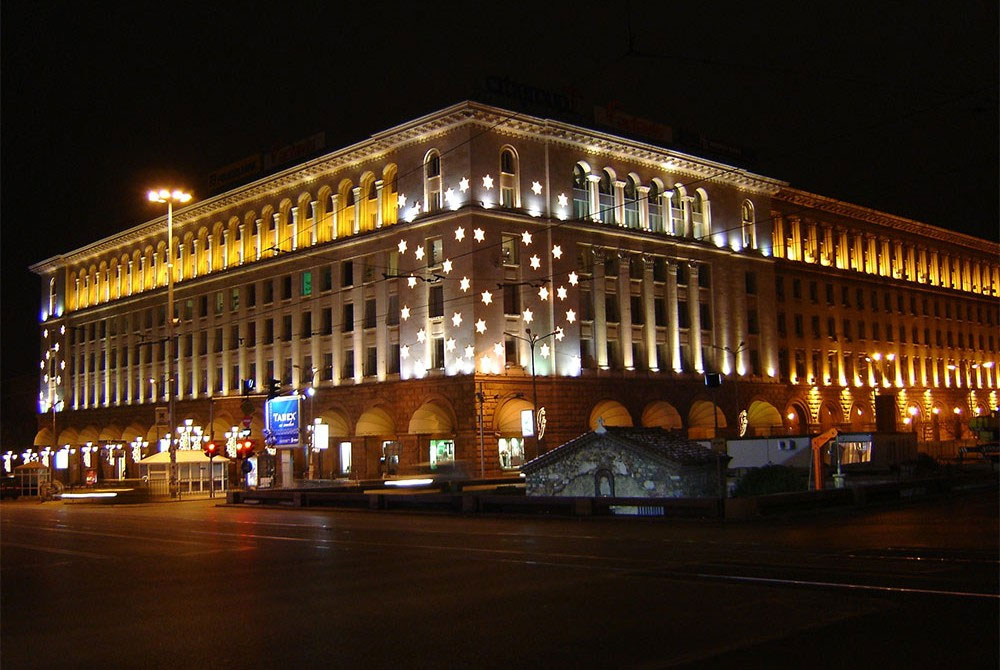 On 31 May 2002, with a powerful three-minute firework display was marked the resurrection of one of the most prominent symbols of Sofia and Bulgaria – the largest commercial centre, TZUM.
Its owners at the time, from Regent Pacific Group, organized a lavish cocktail party for 500 VIP guests and hired Fiery Chrysanthemum to turn the grand opening into a festive day for the whole of Sofia.
On 17 April 2006 TZUM’s new owners, the Gergovs, invited 2000 representatives of the political and business sector to celebrate the 50th anniversary of TZUM. The party ended with an imposing and powerful 5-minute firework display which woke up all people across Sofia at 11:15 p.m.