The Municipality of Panagyurishte hosted the World Fireworks Championship ‘Fire, Colour, and Fantasy’, Panagyurishte, Bulgaria, for the first time in 2013.
Every year the organizer of this event is the Municipality of Panagyurishte, and its coordinator is FIERY CHRYSANTHEMUM Ltd. The general sponsor is Asarel-Medet JSC . The World Fireworks Championship takes place with the financial support of OPTICS JSC and MACRO VIEW ENDOSCOPY JSC . The official representative of the championship in 2013, 2014, and 2015 was JUP Fireworks EUROPE LTD, Germany, whose General Director is Jörg-Udo Pfeifer.
Every year teams of different nationalities create colours, fantasy, and beauty, and light up the skies of Panagyurishte.

In compliance with the rules, each team presents a 2-minute freestyle firework show without ratings. Afterwards, they have 3 to 7 minutes for a personal performance. The criteria are the same for all participants. They are given the same effects and materials. The size of the bombs is identical for all teams, and the number of fireworks is the same. The performances of the participants rely to a great extent on their talent and their skill and resourcefulness in the presentation of the art of firework display. The opening display which is not part of the competition is organized by the official representative of the championship, JUP Fireworks EUROPE LTD, Germany. 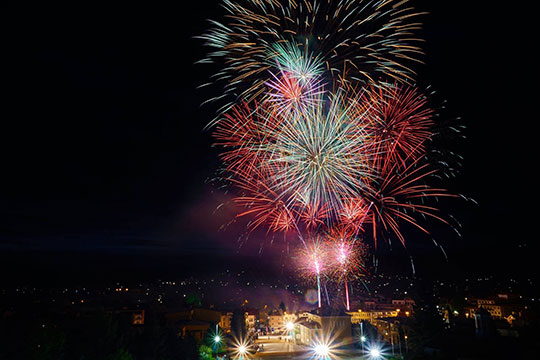 It was at this World Fireworks Championship in Panagyurishte that the new pyro effects manufactured by leading factories for WECO, Germany, were launched for the first time in Bulgaria.
In accordance with the established programme, the First Team presents its firework and pyromusical show on the first day of the championship. On the second day one can see the firework art and mastery of the Second Team. On the third day the representatives of the Third Team display their performances.
The organizer, the Municipality of Panagyurishte, prepares a gift for all residents and guests of the city – a concert on each night of the championship. 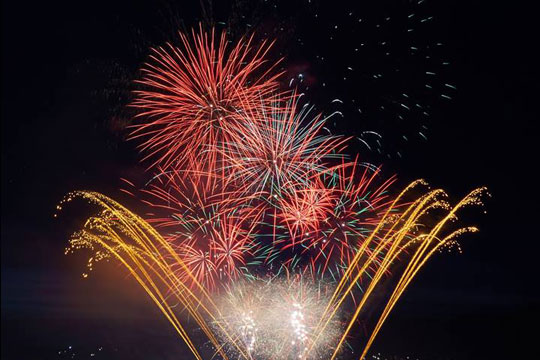 The first night of the World Championship starts off with an official opening and a concert by a band or performer. The championship starts after the concert and the opening firework show. In the second part the participants perform a freestyle firework display which is not rated. In the third part of the competition is the actual firework programme which is assessed by a panel of judges. This is the schedule for all nights of the competition, and the grand finale is on the third night. When the firework show of the last team is over, the panel of judges estimates the results of the three nights and announces the winner. The official award ceremony takes place on the stage of the festival in front of the residents and guests of Panagyurishte.