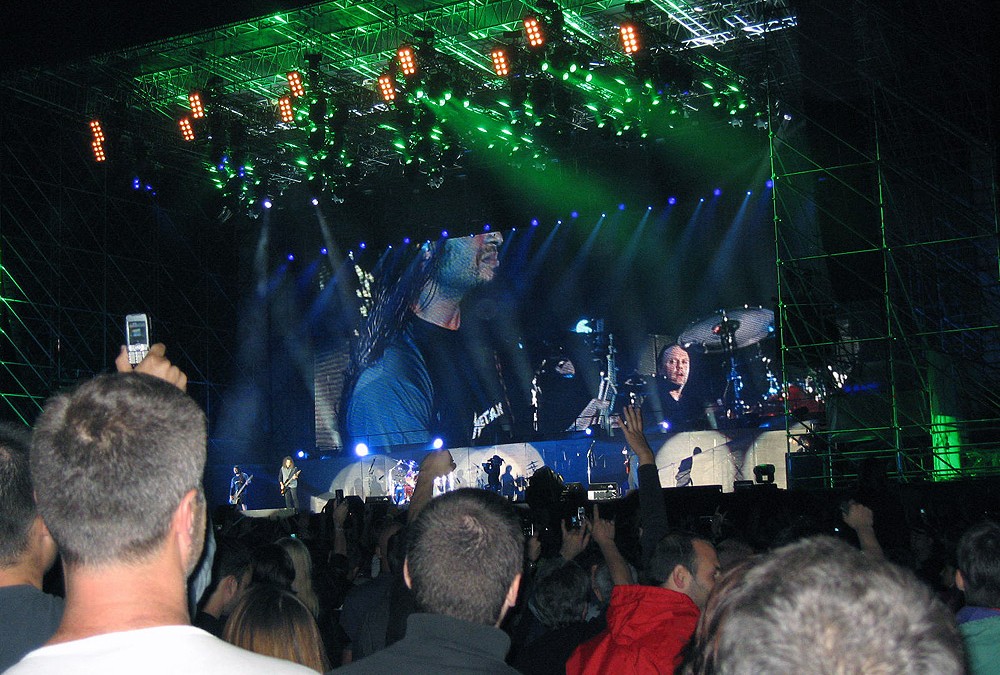 One of the greatest rock bands of all time, Metallica, gave a concert on 11 June 1999 at Plovdiv Stadium. Around 40 000 spectators witnessed the one-of-a-kind combination of music, light and pyrotechnic stage effects whose subtle fusion had a massive awe-inspiring effect. The stage turned into a real combat field, there were fires starting all over it, tracers were fired out, along with ‘atomic blasts’ and air explosions.

Fiery Chrysanthemum was appointed as ‘local pyro supporter’ of the American team. As such, we were contracted for other mega concerts, as those of KISS and Metallica in 2008 in Sofia, and that of Lordi on 07 March 2009.